Before you can blink, your baby will have moved from newborn to toddler. It takes just 12 months for this incredible journey to occur and during that time your little one will be experiencing and learning things at an incredible rate.

It is pretty common for new parents to want to track their baby’s progress against specific milestones. The window for improvement and the pace at which a baby learns is fairly broad – each baby will develop at their own speed and the speed with which they reach successive milestones will vary.

Sometimes a baby who develops a particular skill quickly may spend a long time perfecting it before they are ready to move on to the next – so while they could be faster than expected in one milestone, with another they could take a little longer than expected. This is all completely normal.

So keep in mind that slow progress is not an indicator of poor progress and each step along the way is something to be celebrated as your baby turns into a beautiful reflection of you.

During this early stage of development, it’s all about your little one learning to live outside the womb in the outside world. While the exact timing of when a child reaches a milestone is not important, knowing what the milestones are within a specific time frame, does however provide plenty opportunity for proactive parents to aid their baby’s development.

Fine motor skills development alludes to the development of the smaller muscles of your child like their hands and fingers.

In the first 6 weeks they are likely to mainly hold their hands closed and fisted. Bringing their hands to their face and sucking on their fingers are habits which bring them comfort.

Allowing your baby to hold your figure will develop their ability to grasp things later on and will increase their digit strength.

This is the child’s ability to use their larger muscles, development which is needed for your child to develop abilities like walking. 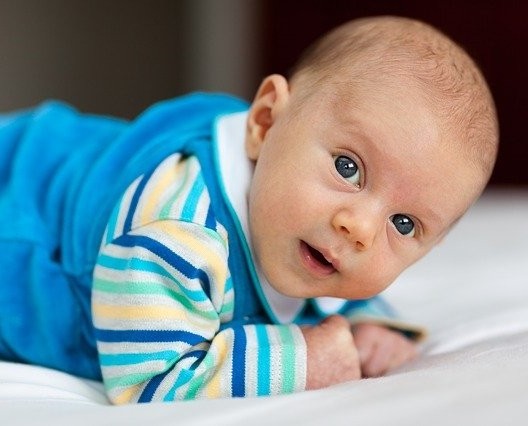 Your baby’s muscles have never been used. Development of their muscle movement will be in a small steps, which may seem insignificant at the time, but are actually quite giant leaps for them which will help develop future skills.

It will be slow progress as your baby gains control of his/her muscles. At this development age they will begin to develop their neck muscles which will involve the ability to lift their head on their own – be careful to not allow their head to shake and wobble. They will also be able to move their head from side to side.

You can help develop your baby’s neck muscles by lying down on your back with your baby face down on your chest and lifting your head slightly. He/she will attempt to lift his/her head to focus on your face which will work his/her neck muscles.

Arms and legs may jerk around as they figure out how to move them – certain arm movements will be your baby telling you that they are interested in what is happening around them. Be careful to support him/her when moving them about.

How your baby communicates with the wider world will depend on the level of their ability to use and understand language. 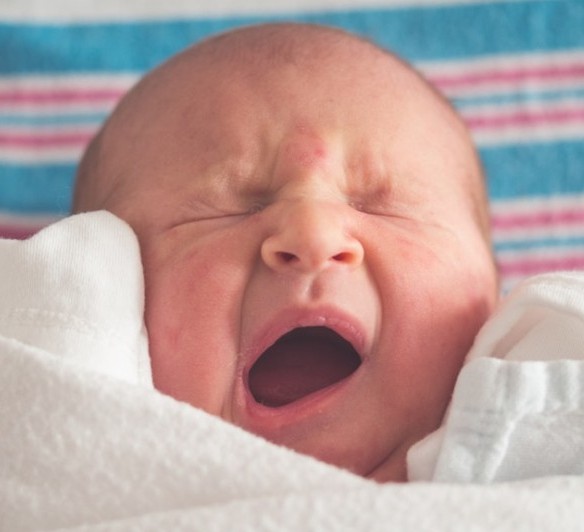 During the first few weeks a baby’s cry is their way of communicating. They will cry to communicate a number of things such as their hunger or wish to be held. During this early stage of development the sound of your little ones cry will start to differentiate based on the particular need they have.

As you talk to your baby, they may begin to also start cooing at you in response and they will quiet at your touch. Hunger will also be indicated by the smacking of their lips and rooting.

Responding to your baby’s cues will help develop this skill set. Pick him/her up only when they have indicated a need to be picked up and comforted although you need not really worry about holding them too much during this period. Responding to your baby’s cues will help secure trust and encourage them to feel safe while they are discovering and developing their attachments. Your baby does however need to learn the difference between night and day so keep stimulation to a minimum at night.

As a child developments cognitively, the ability they have to problem solve and create solutions to everyday tasks will advance.

At the beginning your child will be developing the ability to understand information that they see and hear. With mothers, your baby will likely already recognise the sound of your voice as they will have heard it in the womb but they will only really be able to see objects 20 – 30 centimetres away from them and will likely be very sensitive to sounds close to them. Noise startling will likely be accompanied with back arches and arm and leg flailing.

Sensitivity to sound can simply be encouraged by singing to them.

Fortunately while your baby is developing at this stage they are most interested in the human face so snuggling with your baby and holding your face close to theirs can provide stimulation and entertainment. Develop their ability to track movement by slowly moving objects in an arc from one side of their head to the other – talking to your baby while moving the object and naming it will provide additional stimulation.

You may also wish to introduce textures – this involves touching your baby’s skin with different objects such as soft toys or a piece of material. Other forms of stimulation could be introducing a baby to themselves in the mirror while labeling her eyes, ears, nose and mouth. Understanding will develop much later, but repetition of this information will assist information assimilation.

In the early stages of their growth they will begin learning to smile. At this early stage, while incredibly heart-warming and happiness inducing to parents, the little one is likely just smiling to themselves. Response to your smiles as an interaction and their attempts to gain your smiling attention will come a little later.

Your baby will make eye contact to indicate interest in something and will turn away from you if they have had too much stimulation or have lost interest.

Everything is new during this stage as your baby is working from a blank slate. Anything you do to expand your baby’s viewpoint will encourage development so try to expose them to as many environments as possible. As long as your baby feels safe and is encouraged in their exploration, they will act as a sponge socking up the new knowledge offered to them.